Alimentation as one of the elements of a biomedical approach to autism. 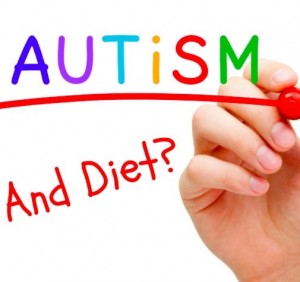 Defeat Autism Now has defused that the autistic children are carrier of anomalies at the level of their metabolism. Where from the possible explanation of benefactions of various supplements and minerals as well as the approaches other than behavioral.

We speak moreover about the triangle of  autism, witness of a connection between the digestive system, the immune system and the central nervous system. This triangle establishes the existence of a link between problems of physical order and behavior disorders. Dr Michael Gershon moreover said in his book that “intestines are a second brain”. His searches assert that nerve cells at the level of intestines work as a brain, this second brain is autonomous and can control our digestive system. These two brains (our head and our intestines) have to cooperate in a harmonious way at the risk that a chaos settles down at the digestive level and at the mental level.

So, an optimal prevention of the health of our children passes by an adequate digestion, absorption, assimilation and nutrition. Actually, 90 % of the researchers think that all dysfunctions and diseases begin in the intestinal tract.

At the autistic children, was often found intestinal disorders as intestinal dysbioses, food intolerances, diarrheas as well as chronic constipations.

Yet, our body needs nutriments to run our immune system correctly. It must also be capable of assimilating them. So, gastrointestinal malfunction and diseases must be handled. Let us note that most of the industrial medicine do not cure but only hide the symptoms.

Let us add the words reported by Dépéraux Marie-Christine about Dr Wakefield: he asserts in a study of 1998 that 170 cases of regressive autism studied presented a new shape of intestinal inflammation caused by the virus of the measles. The latter was identified in sick intestines as having a vaccinal origin.

For Dr Wakefield, the Measles Mumps Rubella vaccine was too quickly approved and the side effects of the vaccine are specific to the MMR rather than to the monovalent vaccine of the measles. Indeed, the vaccine MMR possesses a biological interference between the various viruses which compose it which increases the risks of gastrointestinal symptoms pulling an inflammatory disease of intestines and consequently autism. At the children presenting the inflammatory disease “the nodular lymphoid hyperplasia” (also called “autistic enterocolitis”), the virus of the measles is especially present at the level of the wall of the ileum and the colon.

As for Dr Montaigner, he highlighted the increase of the rate of peptides resulting from some gluten and from some casein – called glutomorphines and casomorphines – in urine of the patients suffering from autism, from  schizophrenia, from psychosis, from depression, from hyperactivity with deficit of attention, or of a number of autoimmune diseases.

These peptides belong to the class of opioids (which has the same properties as opium).

The opioid effect occurs when peptides “similar to the morphine” cross the blood-brain barrier. We notice then these symptoms which according to the individual, are: *Hyperactivity *Change of humor * Periods unexplained of laughter * Problem of sleep * Poor organizational Skills * Incapacitated to make multiple tasks *Eager for gluten and casein* Extremely “selective Eater” …

WHY DO WE SPEAK ABOUT A DRUG EFFECT?

Gluten and casein have a drug effect on children because gluteomorphines and casomorphines are produced in the bowel because of a bad digestion of peptides.

Indeed, proteins of cereal and milk are not completely degraded. The existence of the syndrome of intestinal leak allows these proteins to cross the intestinal wall to find itself in the blood system. These peptides become “opioid peptides” and behave in the body as some morphinan derivative (morphine, heroine) to settle on the biochemical receivers specific to these substances.

By saturating the receivers, peptides coming from some gluten and from some casein (badly metabolized) are going to disturb behavior and to favor the development of degenerative diseases and the central nervous system.

If we cannot eliminate what is directly connected to the inflammation of the brain and the bowel, as well as the reactions of immunization allergic to the incriminated food, it is almost impossible to cure a child.

Furthermore, the gluten can take in 6 months or more to be eliminated in the micro-cavities of bowel.

A DIET WITHOUT GLUTEN WITHOUT CASEIN

The increase of the rates of opioides has to entail the implementation of a diet without gluten and without casein because the elimination of gluten and casein of the diet can eliminate “the opioid effect “.

OTHER TYPES OF DIET

To improve this link bowel-brain, other diets can be envisaged: * The Entero-psychological diet (GAPS) * The” Low FODMAP ” diet* The Feingold diet * Diet without oxalates

It is imperative that the professionals of the world get interested in the effect of vaccines and alimentation in the approach of autism.

It is also imperative as they complete the educational/behavioural approaches of autism by biomedical treatments. Among these, we count diets, but also:

* Environmental monitoring (to decrease chemical contaminations, electromagnetic radiations, contaminations by mercury) * The support of the immunizing function of the bowel (to eliminate bad bacteria, yeasts and parasites, worms, as well as the reconstruction of the intestinal flora by probiotics) * The treatment of cold infections * The correction of oxidative stress (by vitamin B,…) * The detoxification of heavy metals * As well as other innovative therapies (the oxygenation of the brain of autistic children).

I have hope for a more global approach to look in a more effective way after our children affected by autism. This is the way to see improvements for a much better life for these kids.